What are the document statuses displayed?

Basic states: These are the most common ones on Tradeshift, and the ones you will be dealing with most of the time:

Special states: You will not see these as often as the five basic ones, but they are still important to know:

Options to change the status of a document

1) When you open a document, you will be presented with action buttons at the top of the page that will allow you to quickly move the process forward. These buttons will change depending on the current state of the document. If a document was declared as Paid by your receiver, you will see a button allowing you to confirm the payment. On the other hand, if the document was placed in dispute, you will be presented with the option to resolve the dispute. 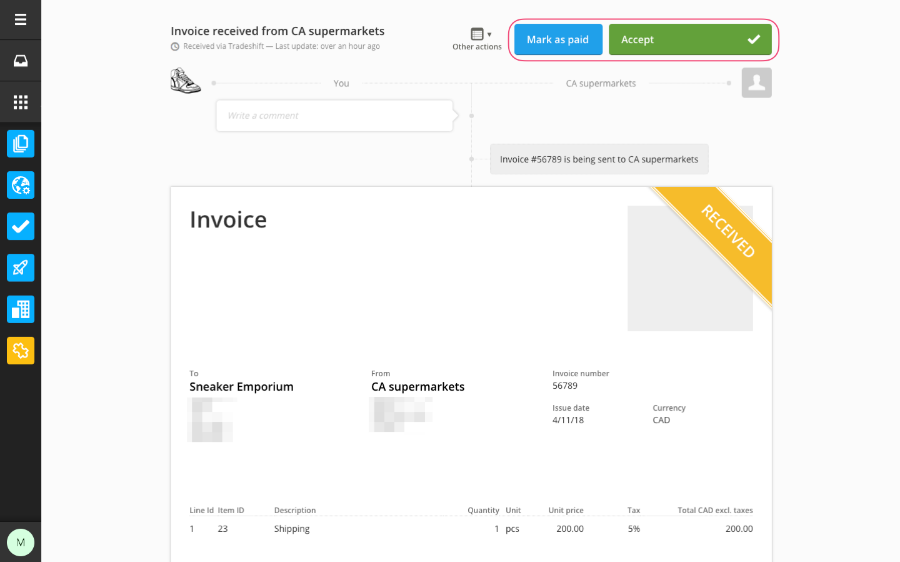 2) You are not limited to using these buttons – these are simply the ones that fit best according to the situation. If you need to change the state of a document to something that is not included in the buttons, you can do this by clicking on the "Other actions" button to the left of the main buttons. This drops down a menu, from which you can select many more actions: 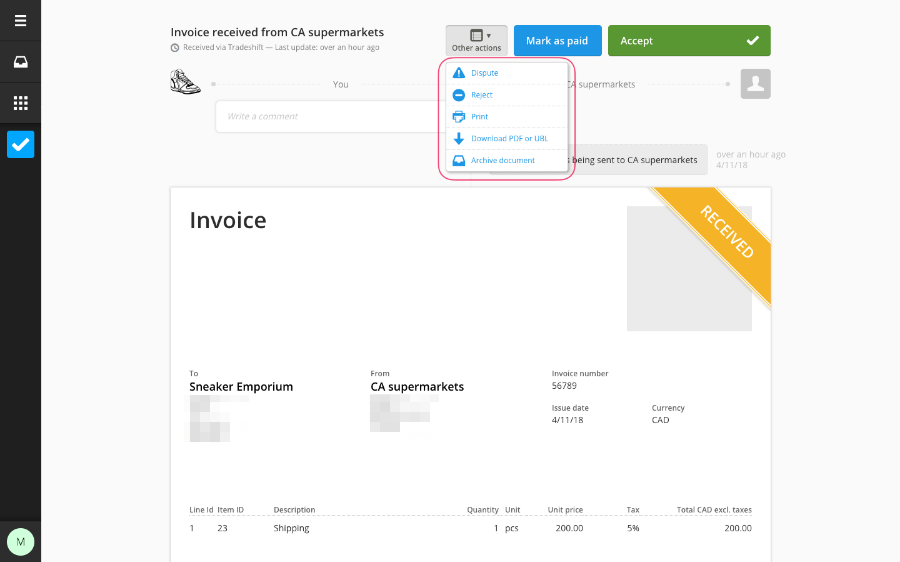 3) You can change a document's status using the Document Manager app. To change the document status, click the document status (in the Status column), and then select the option available depending on the document status:
As your recipient changes the status on their side, you will also see the updates on your end. This is to ensure visibility and instant communication, right on the invoice itself.